Children’s author and science writer, Cristy Burne, discusses her involvement with Aussie STEM Stars, a series of narrative biographies that share the childhood and lives of high-achieving Australian scientists, technologists, engineers and mathematicians.

Not everyone realises that scientists are ordinary people. Aussie STEM Stars is series of biographies featuring the lives of Australia’s scientist heroes. Each biography is written like a novel, especially for readers aged 10+. The brief from publisher Wild Dingo Press was that each book should be as engaging and exciting as fiction – but entirely true.

Turning someone’s ordinary life into a blockbuster story might seem a tall order, but not when you’re writing about some of Australia’s most exciting and innovative scientists. I was lucky enough to be paired with Professor Fiona Wood, the daughter of fifth generation coal miners who is now a dynamic surgeon, inventor of spray-on skin and National Living Treasure.

This series is all about showing the personal side of Australia’s unsung STEM heroes. Were they born clever? Or rich? Were they popular at school? Did they do their homework?

Two other books in the series are already out: One features Munjed al Muderis, a refugee from Iraq who now leads the world in life-changing osseointegration technology; and the other is about Georgia Ward-Fear, a little girl who loved investigating (and dissecting!) the natural world and who turned that passion into a career spent conserving and protecting our planet.

A lot of people think you have to be smart to be a scientist. Nothing could be further than the truth! Smart helps, but most important is courage. Science is all about the unknown. It’s about resilience, sticking with difficulty, getting comfortable feeling uncomfortable. That’s because science depends on failure. Science is about striving to make things better. Scientists get an idea, try it out, and when it doesn’t work out, we try it again.

My own personal bugbear is the trope of the “evil scientist”: I mean, please! Science gives electricity, clean water and flushing toilets. It gives us purpose and wonder and hope. Scientists devote their lives to the discovery of new knowledge. And new knowledge helps us solve problems. Just ask anyone you know what they think of 2020, and it’ll become abundantly clear that our planet has problems. Now, more than ever, we need innovators. We need creators. We need problem-solvers. And that means we need STEM.

This shouldn’t really be a surprise, because I knew right from the start that Fiona Wood was beloved by Australians, and especially Western Australians … but I am always thrilled and excited to hear from the many, many people whose lives have been personally touched by Fiona.

In almost every group I speak to about this book — whether it’s adults or children – someone will put up their hand and share their story of Fiona. Patients, friends of patients, relatives of patients. She has helped so many people, she has mended so many lives.

I’m passionate about our planet. I love it so much: the wild places, the explosions of colour and life, the mind-bending opportunity of being alive. And like many of you, I’m concerned about what’s happening to our ball of rock as it hurtles through space.

To solve our shared global problems, we’re going to need a whole bunch of clever, articulate, tech-savvy and empathetic humans.

Well, what better way to fuel the change we need than to write stories for children? What better way than to share the true stories of Australia’s science heroes? They’re stories of courage and innovation and hope, and I think we all deserve to hear them.

Pick up a copy of Fiona Wood and you’ll go behind the scenes into the life and childhood of one of Australia’s most influential surgeons and inventors. From her dream to become an Olympic sprinter to her courage in daring to dream that tomorrow could be better. It was a huge honour to work with Fiona on this book.

Never before, not in anything I’ve written in all my 20 years as an author and journalist, have I felt such responsibility as with this book! Fiona’s life is so fascinating, so surprising, so intricately woven into the lives of her patients. It was incredibly important to tell it with empathy, honesty and compassion. I hope I’ve pulled it off!

Children’s author and science writer Cristy Burne has worked as a science communicator for nearly 20 years across Australia, Japan, Switzerland, the UK, US, South Africa and beyond.

Cristy has degrees in biotechnology and science communication. She has performed in a science circus, worked as a garbage analyst, and was a reporter at CERN when they turned on the Large Hadron Collider. Her books have been published in three languages across six countries.

Cristy’s favourite job is working to embrace the intersection between science, technology and creativity. Cristy has a passion for learning through doing and loves to inspire creativity, daring and resilience in her readers. And she also loves chocolate.

Image description: Headshot from the waist up of Cristy in a red collared shirt with black buttons. Cristy has short, curly blonde hair and is smiling at the camera. 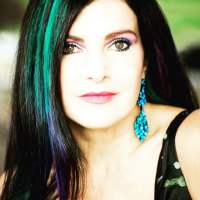 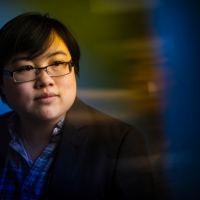